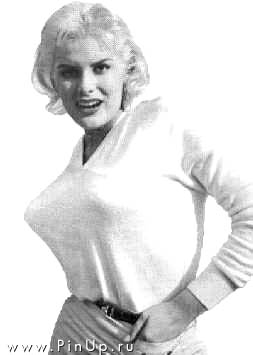 5-23-60  Norman (Lucky Logan) breaks format to interview budding (no kidding!) starlet and Playboy centerfold June Wilkinson, who showed up unannounced with actor Douglas Fowley at the KYA door one night to plug their new movie, Macumba Love, a jungle potboiler that featured June in her first starring role. Lucky was unable to resist those twin 44s and broke format to do the interview. He even played a track from the less than sensational soundtrack album June and Doug had conveniently brought along.
(nasty memo from P.D. the next day) 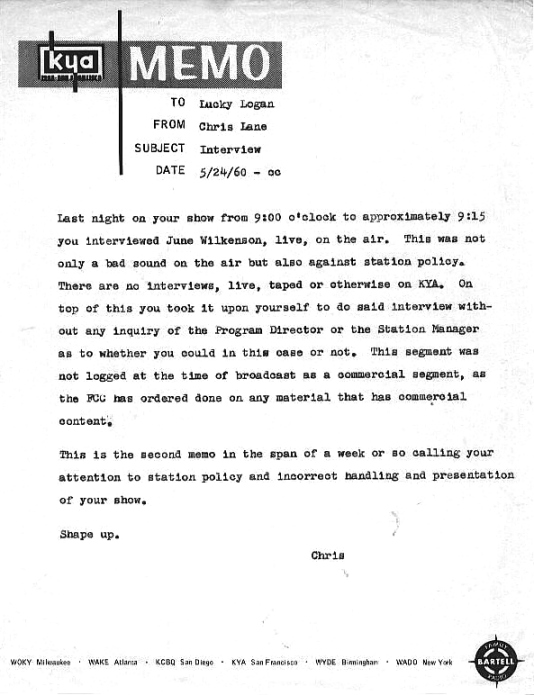